One of the ways bacteria enters the body is through an open wound. When an open wound goes straight down to a fractured bone it is called and open fracture. When bacteria gains access to the deeper tissue beneath the open wound, the tissues become contaminated. Preoperative and prophylactic antibiotics are given to the patient to help decrease the infection rate with the hope of killing the bacteria in the contaminated field.

Additionally, a special treatment is done during an open fracture to further help prevent infection. This treatment consists of irrigating and washing the wound, as well as debridement of the dead tissue. Once the tissue has been adequately cleaned, the fracture needs to be reduced and stabilized. Three different ways to stabilize the fracture is with a plate, a rod, or an external fixator. The open wound is either left open for a variable amount of time and it is closed later on. At the time of wound closure, a skin graft will be needed. To promote healing of the fracture a bone graft will be needed usually four to six weeks after the injury.

A bone graft is obtained from the pelvis as the pelvis has a large reserve of bone that can be utilized. The bone that is harvested is cut into pieces and then added to the fracture where needed. Despite the best care, a certain percentage of open fracture injuries will become infected. When the tissues become infected by bacteria, white blood cells are attracted to the infected site where the bacteria are multiplying and causing inflammation. 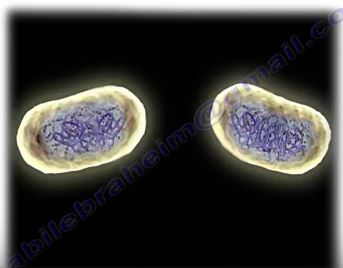 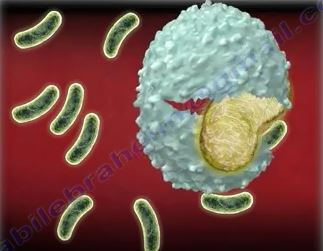 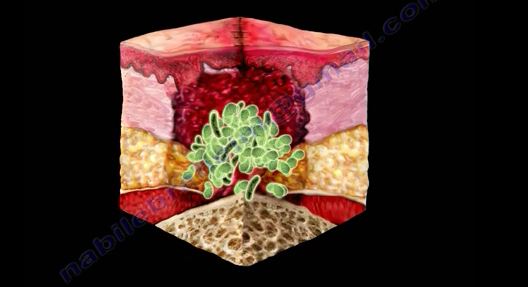 Antibiotics can kill bacteria in several different ways. One way is by disrupting the cell wall which ruptures the bacteria. Another way, is by preventing DNA replication by blocking the unwinding of the DNA. A third way is by inhibiting the ribosomes from making proteins needed for the cellular structure and function. The last way is by blocking the enzymes that produce folate. Folate is needed for DNA synthesis, and without it the cell will die.

When hardware is used to stabilize the fracture, the story can become much more complex.