Why do open fractures have increased risk for infection?

The presence of bacteria within an open wound increases the risk of colonization when hardware is used. Once the hardware is colonized, the bacteria grows rapidly. During the rapid growth phase, the bacteria secretes a polysaccharide sugar layer, called a “biofilm”, or slime layer that encases the bacteria. This biofilm provides protection to the bacteria against the body’s defenses and antibiotics. 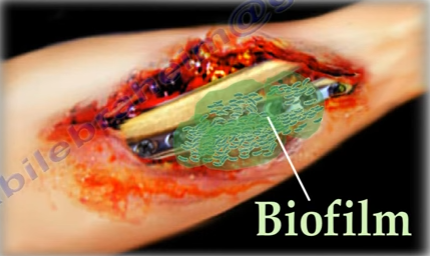 Within the biofilm, there are channels that allow the bacteria to pass nutrients, messaging signals, and even DNA to each other. The bacteria pass on their DNA by: 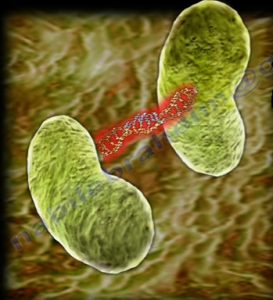 Transformation is when a bacterial cell ruptures, releasing its DNA, which is then taken in by another bacteria. Transduction occurs when DNA is transferred from one bacterium to another by a virus. Phage DNA and proteins are made and bacterial chromosomes are broken up, completing the gene transfer. The phage release themselves from the host, carrying either bacterial or phage DNA. Conjugation occurs when two bacteria attach themselves together with a sex pilus and exchange their DNA.

How does the bacteria become resistant to antibiotics? 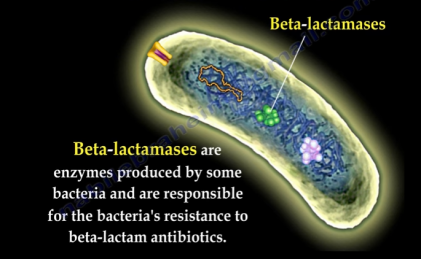 If there is biofilm on the hardware, what can the physician do?

These are the issues that make infection with hardware so complex!